Open Doors to the Future

Engaging teenagers in subjects like townscape and heritage sounds like a bit of a turn-off.  Well, for the teenagers, at any rate.  So an invitation from St Joseph’s College, in Derry’s Creggan Estate, to collaborate with its Geography and Art teachers and their Year 10 classes, on an entry for the 2012 Northern Ireland Environment Agency’s ‘Open Doors to the Future’ competition, was a welcome opportunity to help a class of fourteen year-old boys develop a conservation plan for an old building near their school.

Focusing on the listed, almost vacant former Rosemount Shirt Factory nearby, we devised and delivered a series of three interactive workshops engaging the boys in the same process undertaken by an architect preparing a conservation plan.   All kinds of innovative, entrepreneurial thinking to give this building sustainable new uses emerged.  This included:

The boys’ creative entry achieved first prize in its age category and they received their prize from Minister Alex Attwood, DoE (NI). 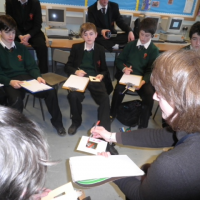 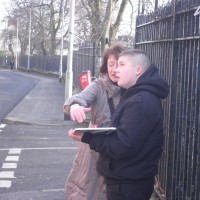 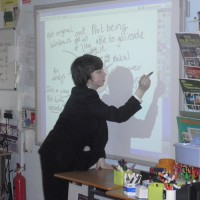 Recapping likes and dislikes about the factory on a mind map 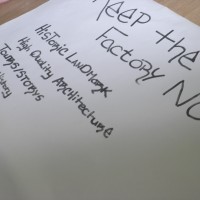 Demolish or not? Points for and against the motion 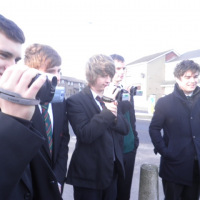 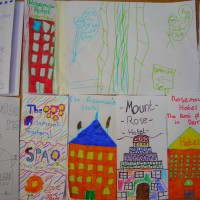