Prior to intervention inappropriate shop frontage and unsightly external shuttering arrangements detracted from the overall architectural quality of the properties.

History:
Waterloo Street received its current name in 1867 having formerly been known as the Cow Bog, due to its use as a cattle market over the years. Up until circa 1850 the street had primarily been developed on the northern side, leaving the city walls exposed. The southern side, adjacent to the city walls was developed in the latter half of the 19th century. The overall street was significantly redeveloped in the early 20th century with the majority of current properties being constructed around this time.

Description of Works:
Use Upon Completion: 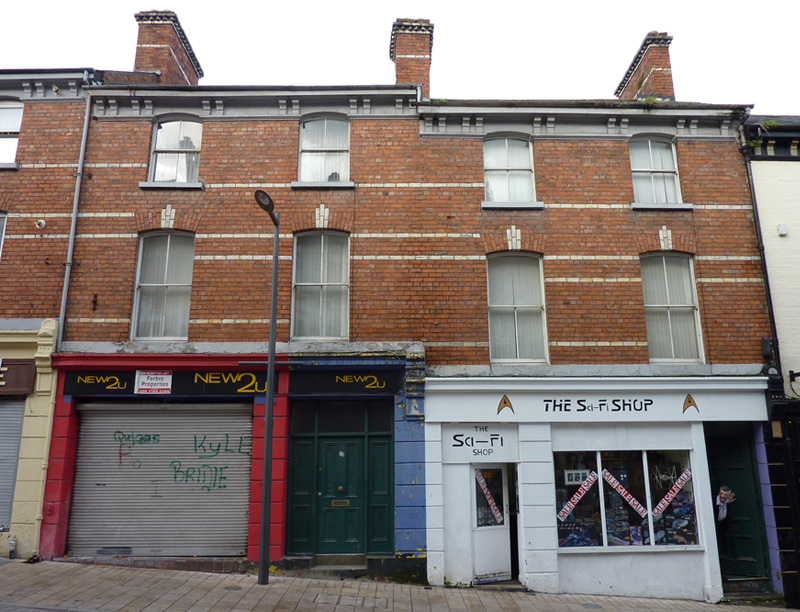 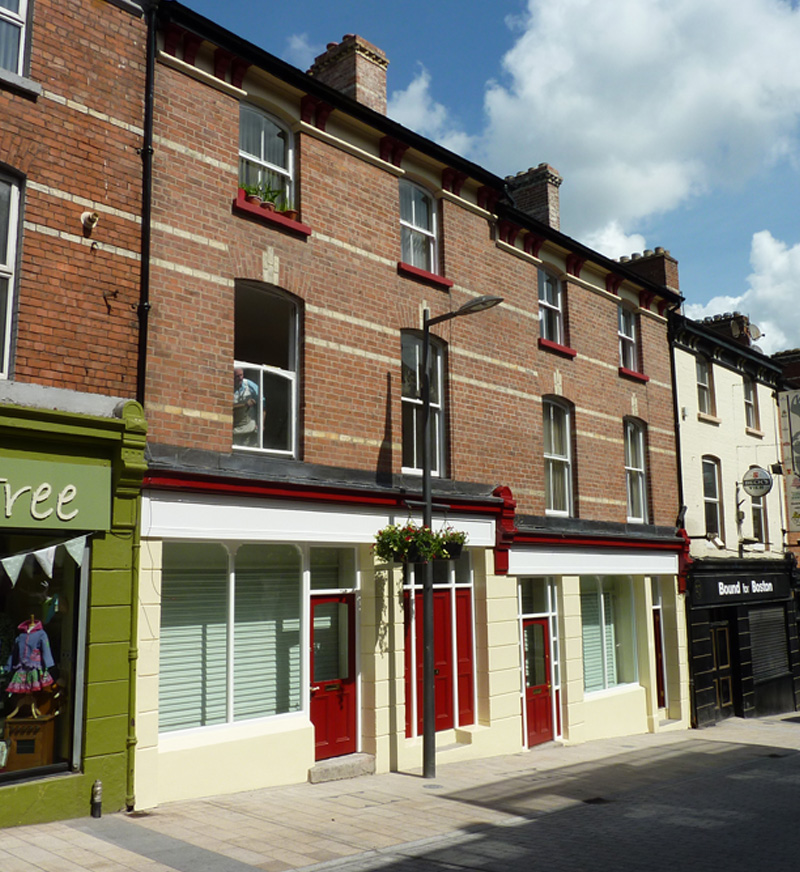