The property comprises a three storey five bay front facade finished in smooth render with one over one sliding sash windows and a bracketed eaves detail.

The ground floor level comprised two very poor shopfront arrangements dating from the 1980’s. A natural slate pitched roof exists to the main property and the rear extension however this is in a very poor condition with areas of sagging and water ingress particularly around the internal valley gutter. The interior of the property has been stripped back to bare brick and many of the floors and partitions have been stripped back to the structural frame.

Overall the property was in an extremely poor condition with ongoing water ingress at roof level. The upper floor of the main property and rear extension were inaccessible due to health and safety concerns. No original internal detail remained within the property.

Shipquay Street was named in 1780 having formerly been known as Silver Street. The earliest description of a house on the site dates back to 1738 with later records of 1824 and 1827 describing a three storey property on the site, assumed to be the current structure.

By 1845 the property was occupied by Osborne and Patton who operated a High Class Grocers and Wine Merchants from the premises, up until at least 1963. A distinctive Victorian shopfront was added during this period. Since 1963 a variety of businesses operated out of the premises.

The property suffered badly during the bombing campaigns of the 1970’s and 1980’s and much of the earlier detail including the Victorian shopfront has been lost.


Use Upon Completion:
The completed property comprises 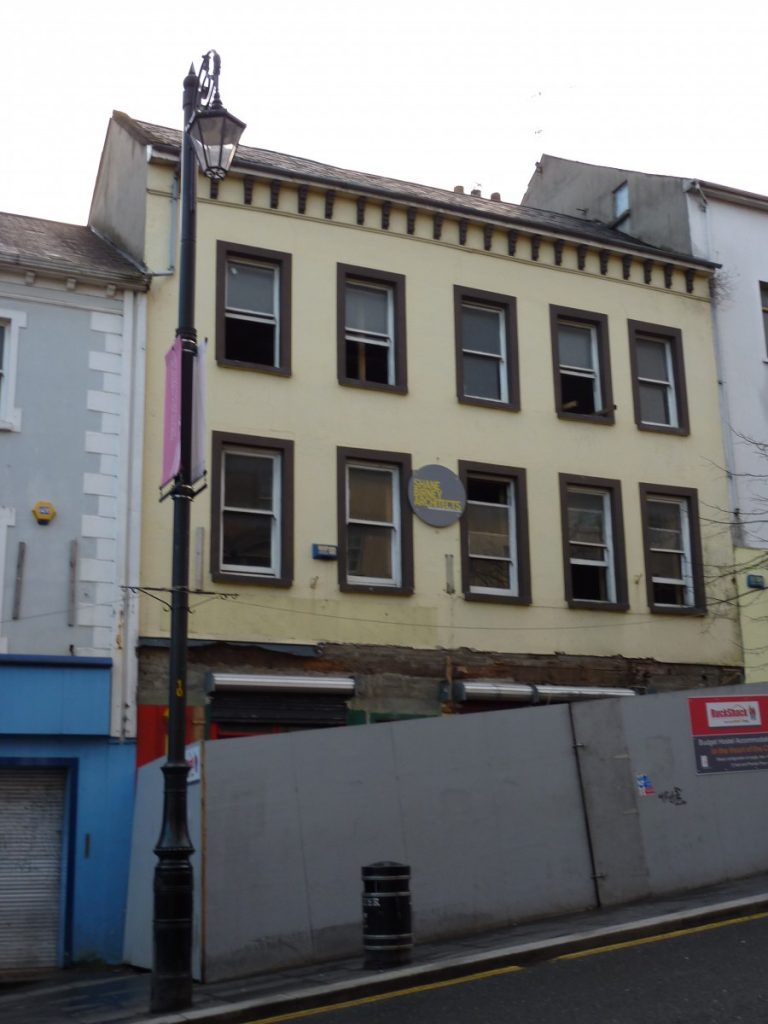 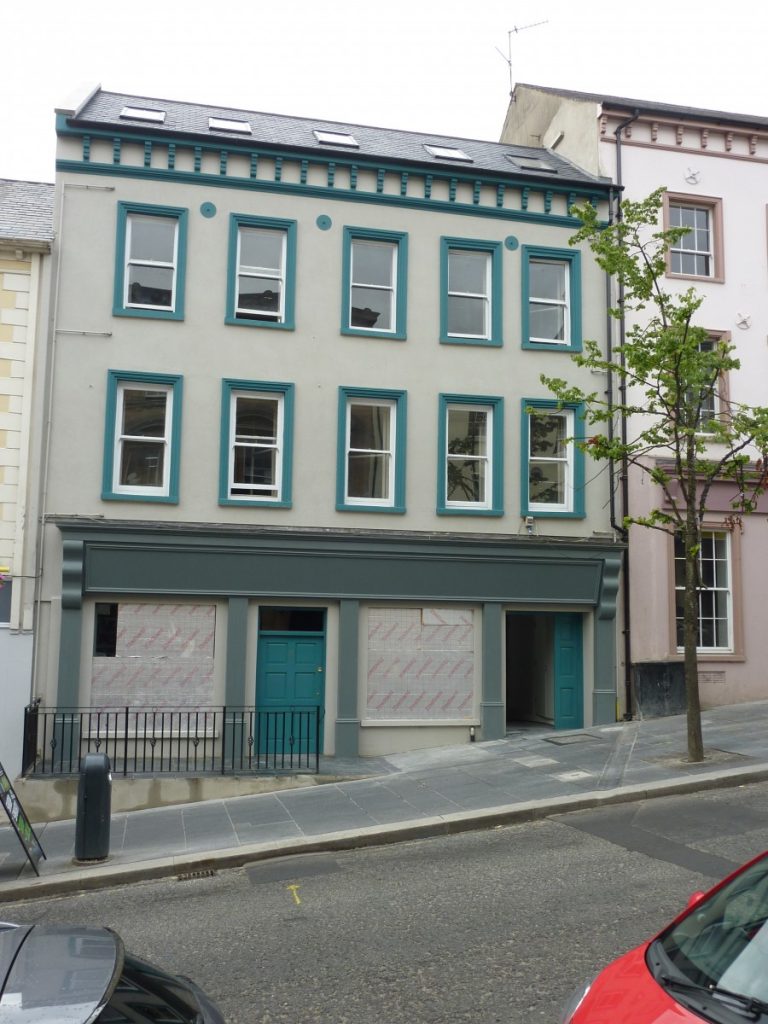 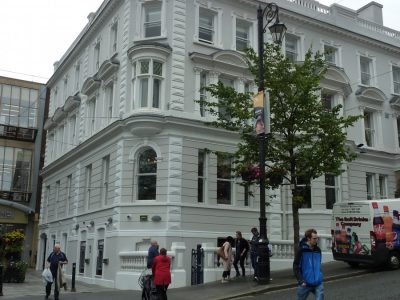