This three storey corner block originally comprised three individual properties, 15 Shipquay Street being 5 bays, 17 Shipquay Street being 5 bays on the corner and 2 Richmond Street being 3 bays. The original property divisions are identifiable through the intermediate quoins on the facade. The exterior has a render finish with rustications at ground floor and basement levels. A cast iron balustrade arrangement exists at roof level behind which a slate mansard construction is relatively well concealed. The facades are tied together with robust cornices at both first floor and roof levels. The first floor level has been treated as the primary accommodation with the presence of aedicules’ and segmented pediments to the windows.

As a result of damage during the troubles the entire interior was lost and now a concrete framed structure ties together the original facades.

The property has had a high level of vacancy over the last 10 years particularly at upper floor levels. 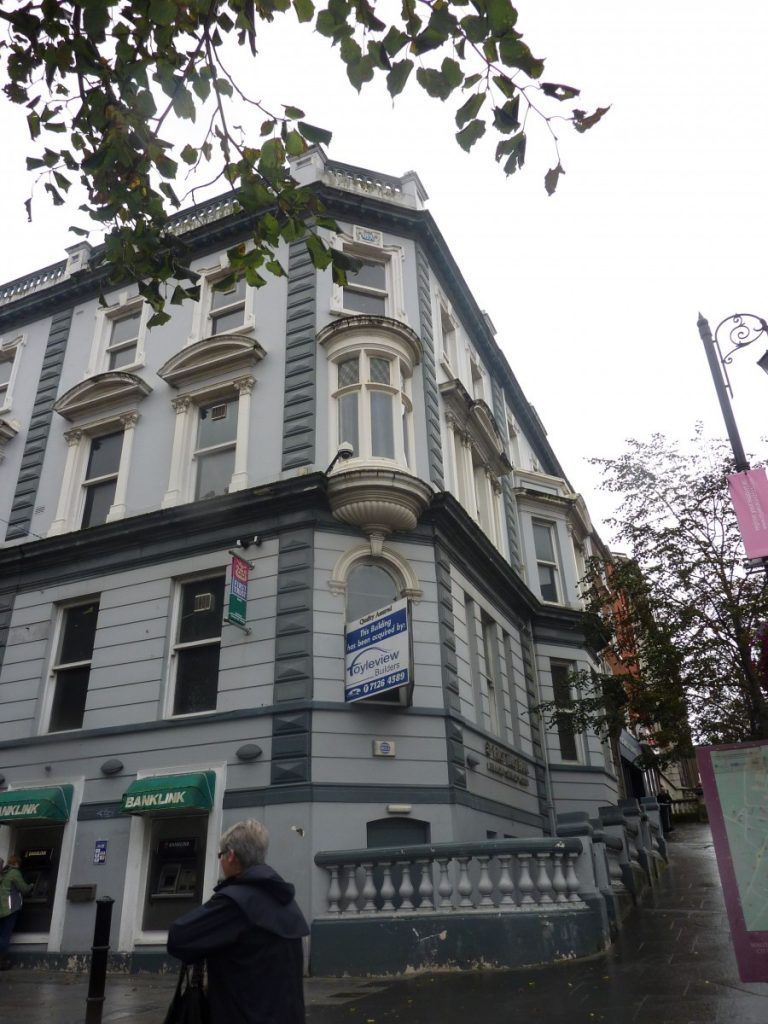 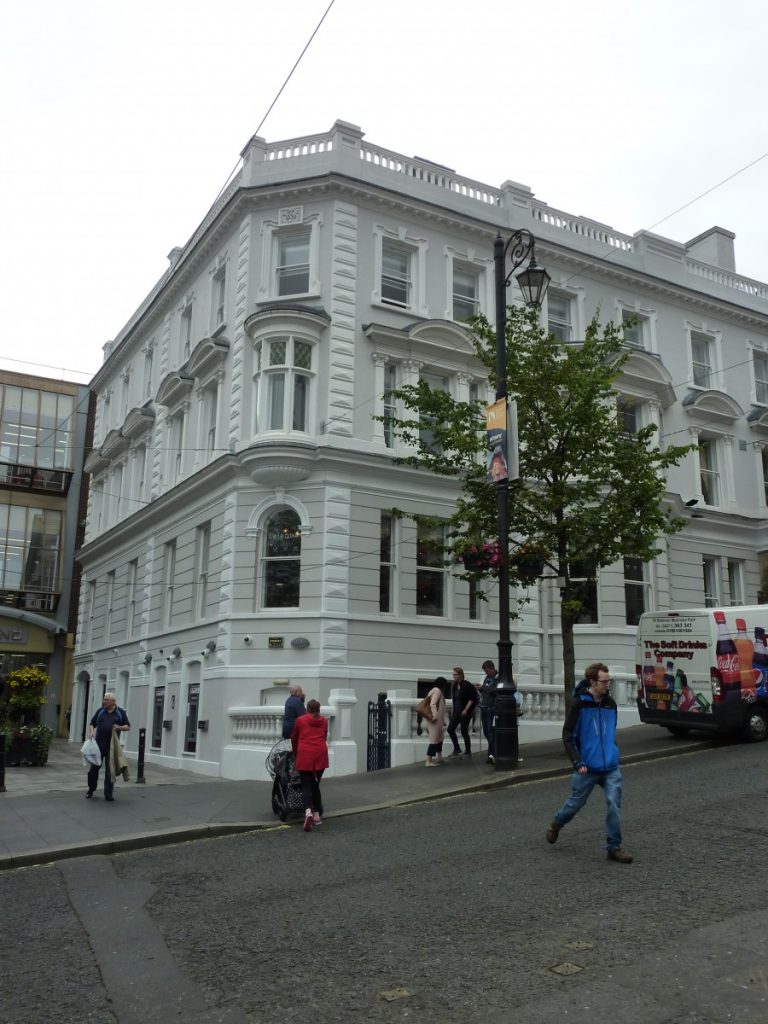