This property was originally constructed as a four bay three storey property having a brick facade, six over six sliding sash windows, topped with a robust bracket detail at eaves level and a single shopfront extending across the complete ground floor facade. This formal Georgian arrangement was subsequently remodelled to present the appearance of two individual properties with a new opening serving the Craft Village.

The roof was finished in slate in butterfly arrangement with a wide valley gutter however evidence of significant piecemeal repair suggested that its sustainable lifespan was nearing an end.

While the building was in a fair condition the primary driver for this project was to address the inappropriate re-modelling of the front facade and present the building as a single entity.

Shipquay Street was named in 1780 having formerly been known as Silver Street, a name which is present on maps as early as that of Thomas Raven’s map of 1622. The history the property is uncertain however late 19th century photographs show a handsome brick facade with six over six sash windows suggesting earlier 18th century origins. 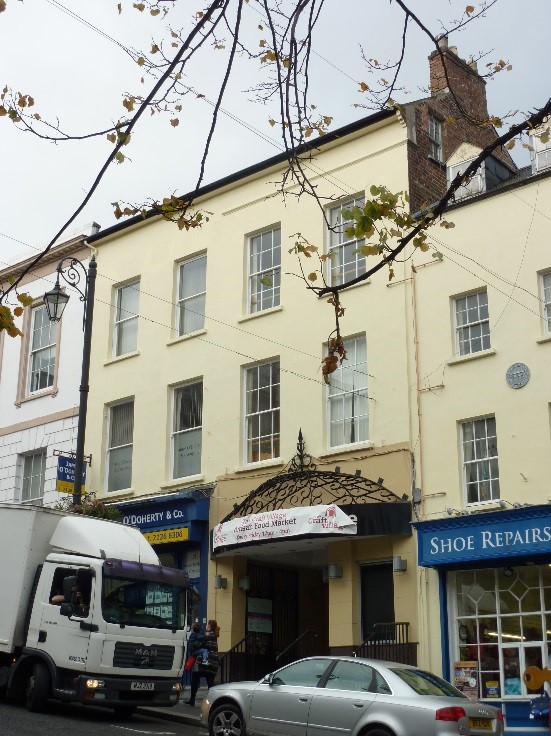 14a Shipquay St Before 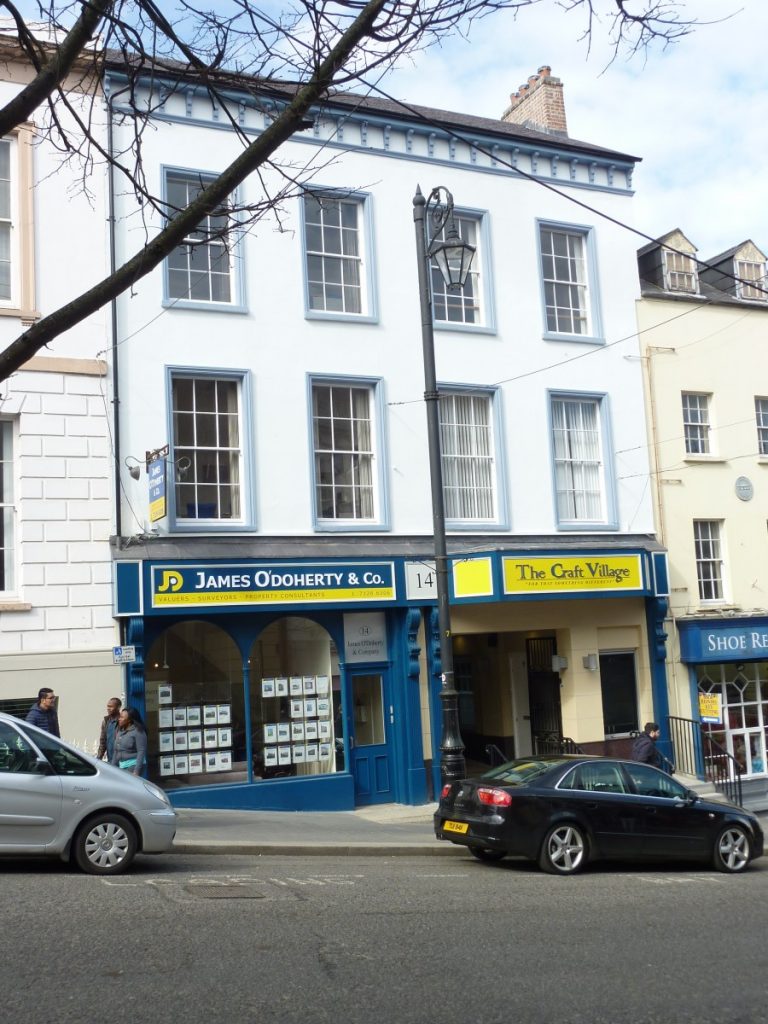 14a Shipquay St After